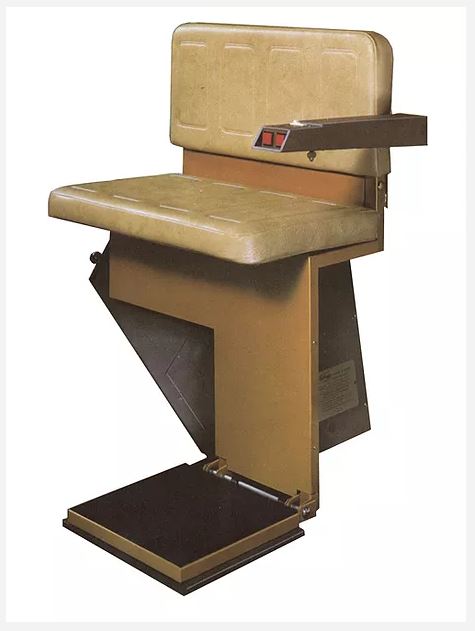 The History of Stairlifts and their Evolution

The stairlift is a modern invention which allows those who may have walking difficulties to travel up and down a staircase. The invention is quite common in many homes across the world and there are some very interesting historical facts regarding the stairlift. Stairlift installations are an innovative and effective way of providing simple assistance and peace of mind for the family. If you are considering installing a stairlift in your home, you should always do your research into the costs, features, and varieties that are available.

The earliest recorded stairlift was invented for King Henry VIII of England. It was more like a stair throne. King Henry injured his leg in a jousting accident which made it very difficult for him to climb the 20-foot staircase at Whitehall Palace. The famous TV historian Dr. David Starkey discovered this form of a stairlift. The stairlift was simply a chair with a block and tackle system made from his warships and was operated by his servants who used ropes to pull the King up and down.

400 years later the first stairlift was invented in the 1920s by a Pennsylvania car dealer named C.C. Crispen. A close friend of Crispen’s became ILL and became immobilised due to Polio and was unable to get up and down between the floors of his home, so this is when Crispen created a seat capable of traveling up and down a staircase. With his engineering background, it allowed him to create a folding wooden chair with a footrest. A wired motor was set up in the home electrics to allow the stairlift to travel up and down on a steel rail on rollers. He called his invention “the Inclinator”. Years passed by and in the 1930s Crispen established the inclinator company of America.  The product increased in use and the technology advanced as more companies began to produce them.

We have come a long way since the first stairlift was invented. Nowadays stairlifts are more advanced, have a lot more features, and there are various types of stairlifts available from straight and curved options, and they can be fitted to almost every type of staircase. Stairlifts are now more comfortable, some are even battery-powered, so if there is a power outage they will continue to work. The two most known lifts are straight and curved.

This type of stairlift is suitable for staircases that go up in a straight line. They would be the least expensive option.

This type of stairlift is designed to suit a staircase that has bends or is curved going upwards. They can also be custom made to accommodate an individual’s staircase.

Features of a Stairlift

Modern-day stairlifts have improved immensely since the original type. They are now designed to suit and accommodate everyday needs.

Stairlifts come with standard remote controls which activate the lift to go up and down your staircase.

Stairlifts are designed with a convenient swivel seat. The seat allows the user to put their feet firmly on the floor by turning the seat to face the stairs landing. The swivel seat is designed to make the journey more comfortable.

The foldable footrest allows the user to rest their feet while traveling up and down the stairs. As it is foldable, this will allow more room on the stairs landing rather than being in the way.

With battery operated stairlifts, this will allow the stairlift to continue to run in the event of a power outage. The vast majority of lifts for stairs are now rechargeable battery operated.

Benefits of a Stairlift

Many people are often faced with mobility issues, making it a challenge to get up and down a staircase in their home. By installing a stairlift, it will give you independence and freedom to move around your entire home.

The chair seat and armrests are all padded for complete comfort. The footrest feature can also be adapted to your desired height, enabling you to rest your feet for optimal comfort.

Stairlifts feature easy to use controls that are generally located on the armrest. It is ready to use whenever you need it.

Any cookies that may not be particularly necessary for the website to function and is used specifically to collect user personal data via analytics, ads, other embedded contents are termed as non-necessary cookies. It is mandatory to procure user consent prior to running these cookies on your website.